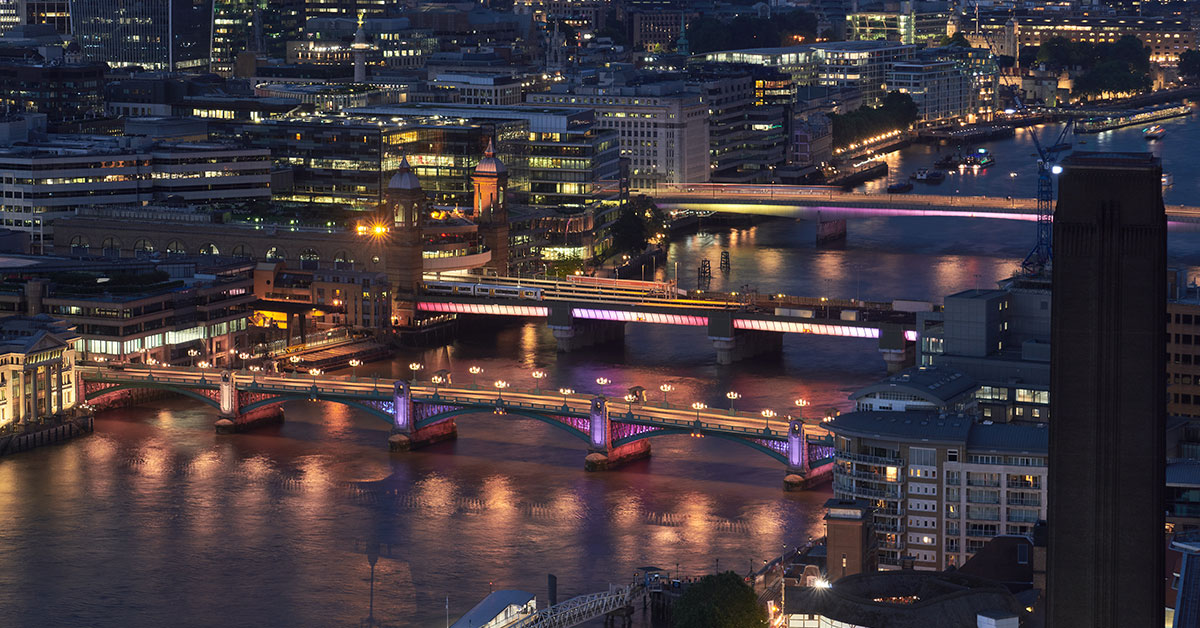 Livett’s have long been a supporter of the fantastic Illuminated River project, a long-term art commission on an unprecedented scale designed to light up bridges throughout central London.

Conceived by internationally-acclaimed artist Leo Villareal and British architectural practice Lifschutz Davidson Sandilands, the artwork has been sensitively developed, paying attention to heritage, wildlife and the built environment to create something exceptional – a transformation that celebrates the role that the Thames bridges play in the enduring global identity of London, and encourages people to enjoy the river and riverside public realm.

Following years of hard work and support from across the community and beyond, we are absolutely delighted to see the results in action.

On 17 July 2019, the first phase of the Illuminated River went live as four of the Thames’ most famous bridges were transformed as the sun set. London Bridge, Cannon Street Bridge, Southwark Bridge and Millennium Bridge are now lit up in unison, with sequenced LED patterns subtly unfolding across each unique structure. 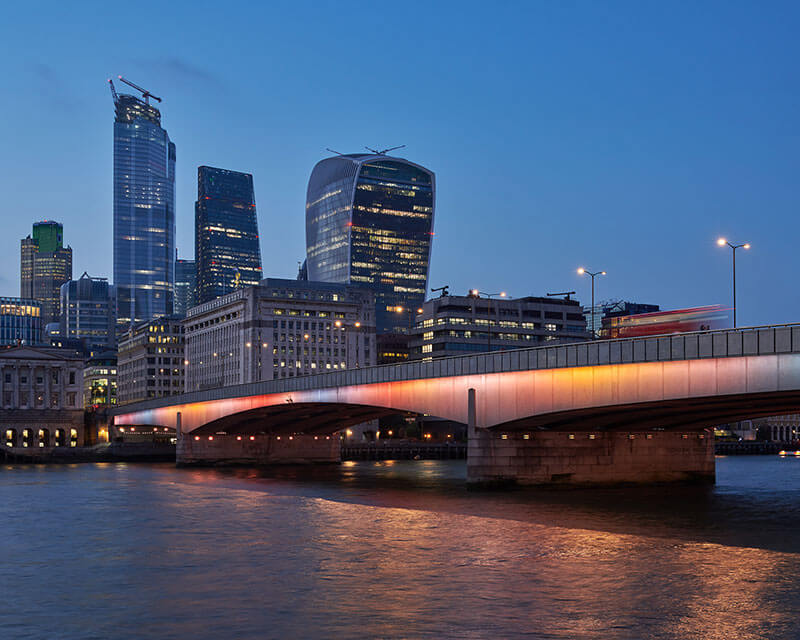 London Bridge will respond to the continuous stream of movement, colour, noise, and cultural activity in the surrounding area. The simple form and silhouette of the bridge is complemented by fields of broad and warm colour. 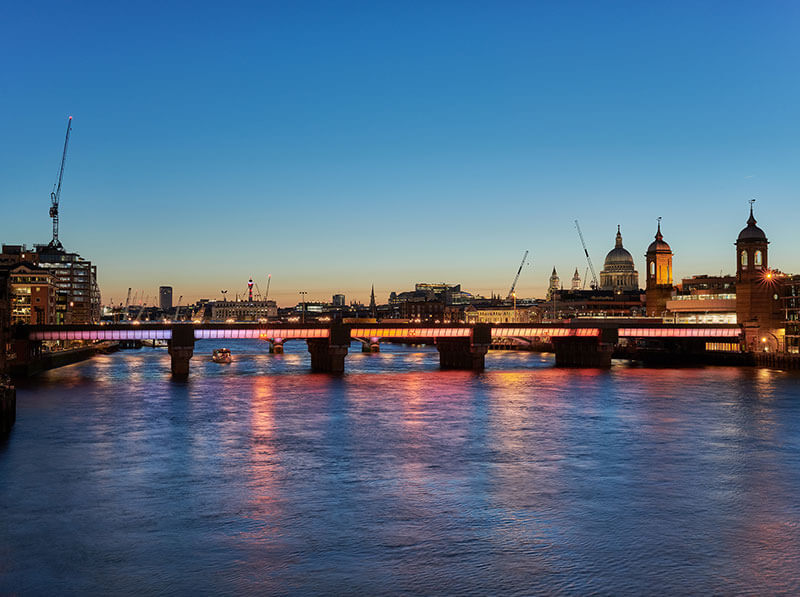 Cannon Street Bridge, despite being one of the oldest bridges on the Thames, has never been lit before. Villareal’s artwork celebrates the bridge’s oft-overlooked utilitarian character and monumental Doric columns, with subtle kinetic colours mirroring the motion of the trains passing above.

Drawing inspiration from the colour palettes of the Impressionist masters, the bridge’s illumination will continue, with slightly more saturation, the colours used on Cannon Street Bridge. 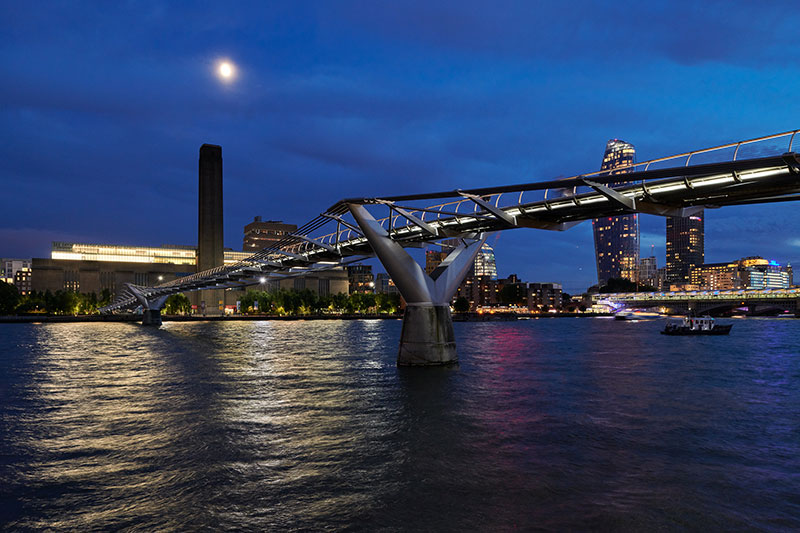 Inspired by superhero Flash Gordon, the lighting scheme was originally designed to incorporate a ‘blade of light’. Illuminated River’s pulse of light mirrors the movements of people crossing the bridge, highlighting their faces and casting silhouettes that enhance the bridge structure, while preserving the inky darkness of the Thames below.

Free to view and accessible to all, Illuminated River is a symbol of London’s creativity, ambition and spirit. The artwork celebrates the architecture and heritage of London’s historic bridges, and will encourage more people to enjoy the river and the riverside at night.

Artwork for the first four bridges will be seen more than 60 million times each year by Londoners and visitors alike, and the project will eventually see up to 15 bridges lit throughout the city. 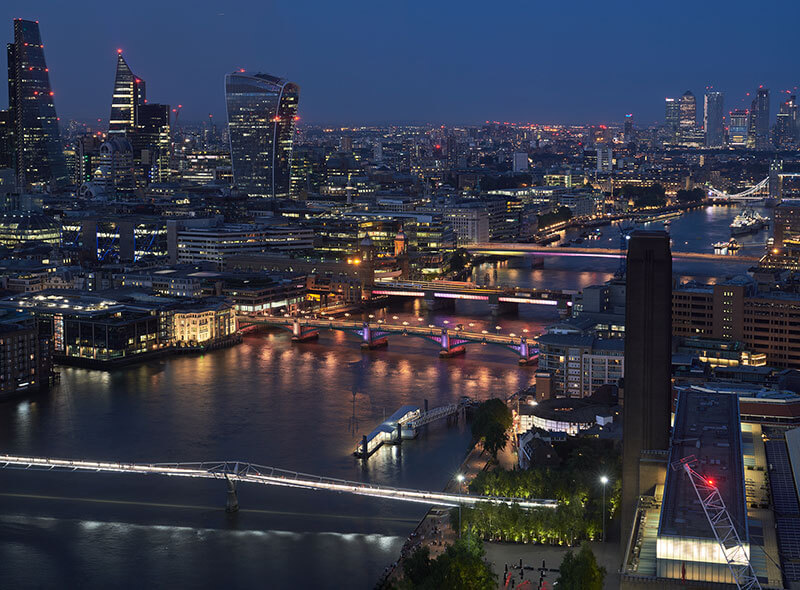 Visit the Illuminated River website for more information and be sure to get out and enjoy the magnificent sight of the lit bridges when you can!

Stay tuned to the Livett’s website and our social media channels to see more pictures, videos and updates about our work on the River Thames as it happens!